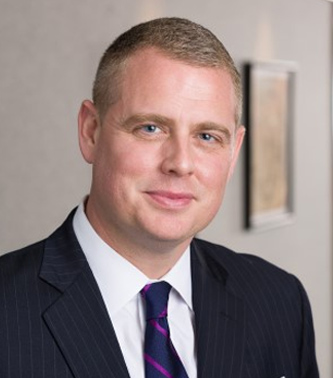 Jonas K. Seigel grew up in his father’s personal injury law office – today he shares a partner’s desk with his father and hero. However, the road from learning the value of a dollar while working after school and weekends at his father’s law firm to managing the firm was a long one, and almost never happened.

It was the week before his last semester of law school when Jonas packed up his Jeep and drove from Michigan to New Orleans to volunteer his last vacation days with Habitat for Humanity to help rebuild the Lower 9th Ward after Hurricane Katrina destroyed most of the city. The week turned in to weeks and then into months. Jonas postponed his graduation from law school because, “New Orleans simply needed more laborers than New Jersey needed lawyers.” After some serious soul-searching, Jonas returned to Michigan the next year to complete his last semester and soon after rejoined his father’s firm, this time as a lawyer.

During his first year as a trial attorney, Jonas met a woman and her children in his waiting room grieving over the loss of her husband. Her husband was riding his motorcycle and collided with a car. She had met with all of the biggest personal injury firms in New Jersey, but none would take the case because the police and insurance company had attributed fault of the accident to her husband. Jonas took the case because he thought it was odd that her husband, a seasoned motorcyclist, would have rear-ended a car in a 25 mph speed zone. Jonas went door-to-door in the neighborhood where the accident took place. He was able to obtain video surveillance of the accident which showed that the motorist caused the accident by attempting an illegal U-turn. Jonas also obtained a receipt from an industrial supply store for a part connecting the negligent motorist to a task instructed by his employer and linking his actions to the employer’s insurance. Mr. Seigel settled the case during trial for a seven-figure amount. More importantly, Jonas was able to explain to the family that their loved one was not negligent and not responsible for his own death.

Determined to be the best trial attorney he could be, Jonas went back to law school to study the art and science of trials and graduated with a Masters in Trial Advocacy from Temple University’s James E. Beasley School of Law – ranked as having the best trial advocacy program in the nation at the time – where he was later asked to return as an Adjunct Professor.

Armed with the knowledge and training very few attorneys in New Jersey have, Jonas began not only litigating cases, but also lecturing to attorneys throughout the state and country as well as overseas on trial advocacy and ethics. To date, Jonas has lectured dozens of times for the American Bar Association, New Jersey State Bar Association, New Jersey Association for Justice, National Trial Lawyers, Institute for Continued Legal Education, National Business Institute, Rutgers Law School and most recently St. Petersburg State University in Russia to name a few. He has also authored a book focused on consumer rights and several articles ranging from medical malpractice to New Jersey’s Wrongful Death Act.

The dedication Jonas made to both the profession and fellow attorneys did not go unnoticed. Jonas quickly moved up the ranks to leadership positions in nearly every organization he joined. He Chaired the Bergen and Passaic County Young Lawyers Sections of their County Bar Associations and later served as a Trustee of both. He did the same for the New Jersey State Bar Association, National Trial Lawyers, and New Jersey Association for Justice. Starting as a member of each organization and eventually leading the young lawyer sections and later becoming a Trustee, Executive Committee Member, and a Member of the Board of Governors. Jonas was also selected by the Supreme Court of New Jersey for membership and service on the District Fee Arbitration Committee (IIB – Bergen County) to help adjudicate grievances between lawyers and their clients.

With the hard work, service, and results came the recognition and awards. Over the years, Jonas has been selected as Young Lawyer of the Year by the New Jersey State Bar Association*, recognized by Super Lawyers*, listed as a lifetime member of the Multi-Million Dollar Advocates Forum*, and honored by countless organizations and publications for his work in, and outside, the courtroom.

Today, Jonas spends less time in the courtroom and more time managing the firm, specifically the client experience. “Without exceptional customer service and constant communication, Seigel Law would simply be known for their results and experience. But we are so much more than results and experience. Our clients appreciate the fact that I am always available to speak or meet with them whenever they want, period.”

Along with managing the practice, Jonas also spends his time administering the Seigel Law Charity Fund – a charitable foundation focused on the needy of Bergen, Passaic, and Hudson County. Seigel Law’s commitment continues to gain recognition not only in the form of humanitarian awards, but also news networks, journalists, and Judges. Recently a Federal Judge recommended Mr. Seigel as the sole attorney in New Jersey to handle the Independent Victim Compensation Program of the Archdiocese of Newark and the Dioceses of Camden, Metuchen, Trenton, and Paterson. Along with The Law Offices of Kenneth Feinberg, Mr. Seigel has served hundreds of sexual abuse survivors in New Jersey without charging a fee.

Today, Jonas is proud to boast not the number of awards or multi-million dollar recoveries obtained, but the number of lives he has touched. He is thrilled to manage the first law firm in New Jersey to commit to Pledge 1% www.pledge1percent.org and is always looking for a new charity to support. “It’s the 2020s, injured clients want more than a billboard or tv commercial attorney – today’s injured clients want a lawyer whose core values, work ethic, and commitment to the community align with their own. Someone they could be proud of.”

When Jonas is not serving his clients or the less fortunate, he can be found coaching his boys’ youth basketball, soccer, and baseball teams throughout Northern New Jersey or sitting on a beach chair at the Jersey Shore next to his wife.