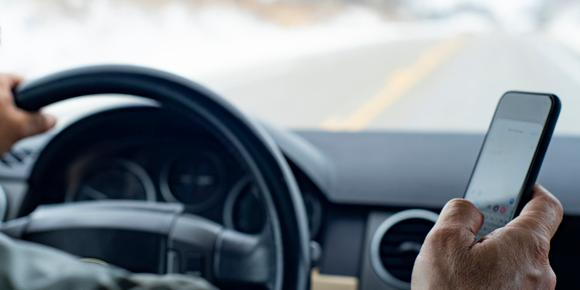 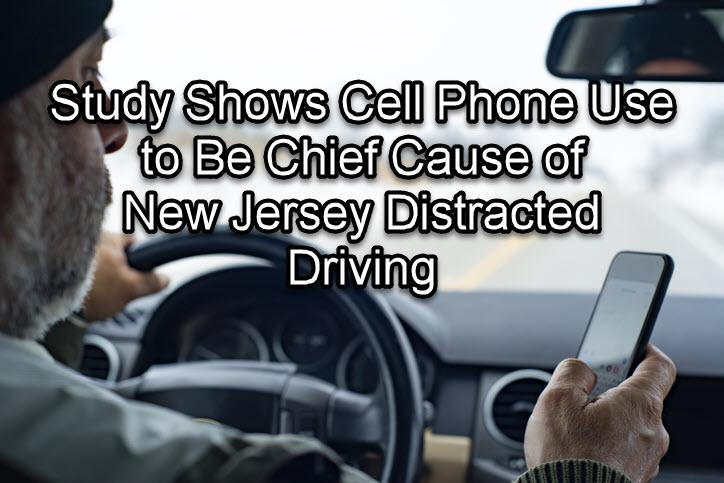 Distracted driving is a serious problem in New Jersey, just as it is across the nation. Distracted drivers were involved in a majority of NJ vehicular crashes in the decade from 2011 to 2020. Driving distractions can come in many forms — daydreaming, looking for an address, eating or drinking, talking to a passenger, tuning a radio and — most frequently — cellphone use and texting.

A recent study conducted under the direction of the New Jersey Division of Highway Traffic Safety found that 20 to 25 percent of drivers observed on 10 major NJ highways were distracted and that the most prevalent of the distractions was drivers’ use of handheld cell phones. The highways chosen for the study were those with high accident rates.

The study’s principal investigator, Dr. Mohammed Jalayer, a professor at the Henry M. Rowan College of Engineering in Glassboro, sent pairs of researchers cruising the targeted highways to observe and make video recordings of distracted behavior by other drivers. Using an artificial intelligence algorithm developed for the project, the team cataloged the ways that the observed drivers were distracted — such as fidgeting, personal grooming, eating or drinking, talking to a passenger, reaching for the radio or another object in the car, showing drowsiness or making or receiving phone calls.

The leading type of distraction — using a handheld cell phone — is also the most troublesome. Not only does it keep a driver’s hand off the wheel and limit the ability to quickly react in case of an emergency, but a cell phone conversation or text can divert a driver’s attention from the critical task of driving and looking out for other traffic and potential problems.

If you are injured in an accident caused by a driver that you observed or have reason to believe was using a handheld cell phone or was otherwise distracted, they may be liable to compensate you for the damages you suffer. Consulting with an experienced vehicular accident attorney can improve your chances of succeeding in your claim. Your attorney can gather evidence to prove that the other driver was distracted as a result of their own negligence and that the distracted driving contributed to the accident. Your attorney might be able to demand cell phone records as part of discovery, the process in which the parties in a lawsuit are required to exchange documents and information. An accident reconstruction expert might be hired to explain to the jury how the cell phone use caused the accident.

Seigel Law in Ridgewood is a premier personal injury law firm, serving auto accident victims throughout Northern New Jersey, including Bergen, Passaic, Essex and Hudson counties. If you or someone in your family was involved in a serious car accident and you suspect distracted driving, call us at 201-444-4000 or contact us online for a free initial consultation.