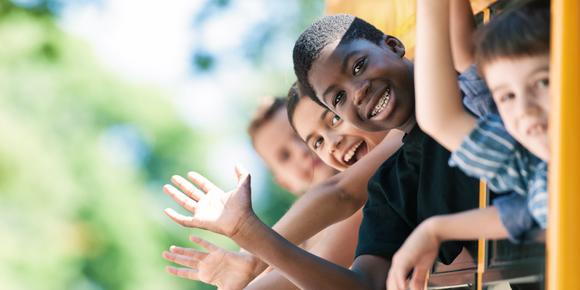 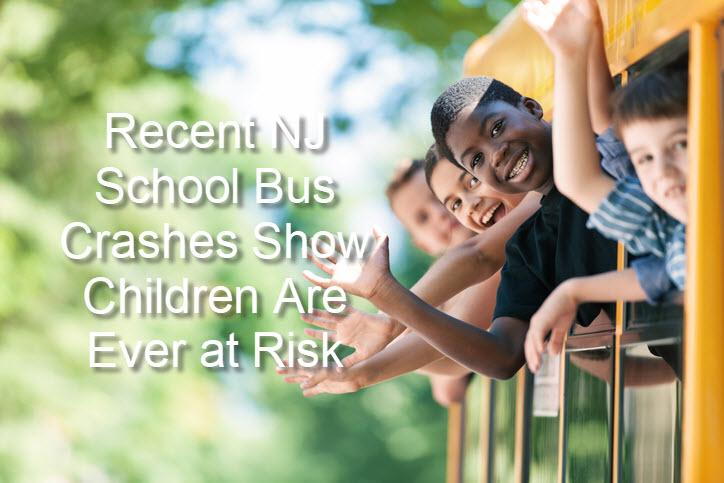 Two school bus accidents in the span of one September week in Bergen County illustrate how children are at risk of injury in bus crashes, often due to careless driving by bus operators or by others on the road.

According to news reports, one crash took place on September 19 in Ridgewood. The school bus apparently ran a red light and was struck by two SUVs at an intersection. The four people on the bus — three adults and one 11-year-old — all required medical attention. The driver of one of the SUVs was taken to the hospital along with his 15-year-old daughter, who was a passenger.

The second crash took place in New Milford just three days later. A school bus carrying an 8-year-old student and two adults struck a minivan that contained three people. One minivan occupant, the young student and the adults on the bus sustained minor injuries. The minivan driver was cited for failing to stop at the intersection.

While there were no serious injuries involved, these crashes show that there is an ever-present risk of harm to school bus passengers, usually children. If a student were seriously injured, a parent may need to take legal action to recover compensation for their child’s injuries. This may require proof of negligence on the part of the bus driver or another driver involved in the crash.

School bus drivers certainly have a duty to drive safely to protect the students on board. Evidence from traffic cameras, police reports or eyewitnesses may show that the driver was going too fast, weaving in and out of traffic or failing to obey traffic signals — all behaviors that would be evidence of unsafe driving.

However, proving liability in a school bus accident case can be complicated because there may be multiple parties involved. As a parent, you may need to file suit against one or more of them:

You will want to retain a New Jersey bus accident injury lawyer with experience in multiparty cases. If a public school district is involved, there are strict laws dictating when public entities are immune from lawsuits, what the statute of limitations is and how to properly serve notice of a claim. Failing to adhere to these rules can hurt your claim.

Seigel Law has experience helping children and their parents win compensation for injuries suffered in school bus accidents in New Jersey. Our attorneys are here to explain your legal options and to take appropriate action. Call our Ridgewood office at 201-444-4000 or contact us online to arrange a free initial consultation.